Work has already commenced on the East Course (the first 18 holes of a 36 hole project) designed by Jeff Howes Golf Design. This latest venture based in the south western city of Liuzhou, Guanghxi Province is to be called Liu Jiang International Golf Club. 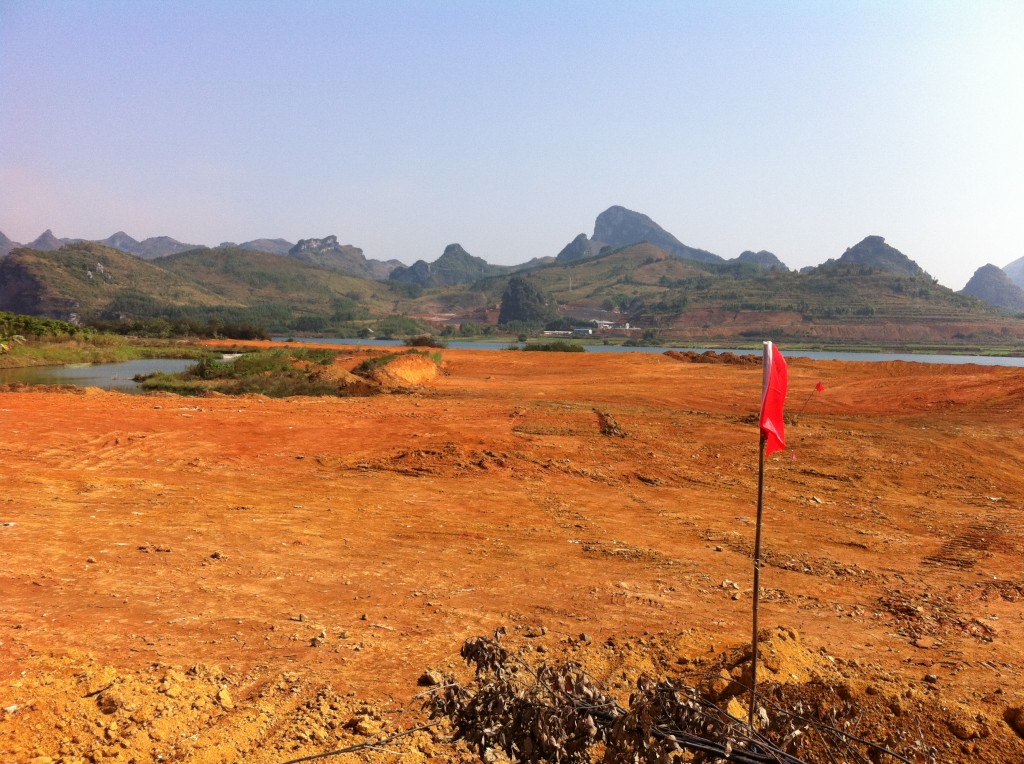 The project named after the majestic, wide & slow flowing River Liu not only meanders around the city of Liuzhou itself but it also forms the northern and eastern boundary of the East Course – Jiang being the Chinese word for river.

In all some 7 holes of the East Course will strongly feature the river as part of their strategy.
To date earthworks have commenced on holes 4, 5, 6, 7, 8, 9, 10, 13, 14, 15& 16 and all holes have been cleared.
Fine shaping is expected to commence after Chinese New Year which starts on January 23rd and which lasts until February 1st.
Image below shows Jeff Howes onsite with his co-ordinator Ms. Ruby Wang other images show extent of progress to date.

This website uses cookies to improve your experience while you navigate through the website. Out of these, the cookies that are categorized as necessary are stored on your browser as they are essential for the working of basic functionalities of the website. We also use third-party cookies that help us analyze and understand how you use this website. These cookies will be stored in your browser only with your consent. You also have the option to opt-out of these cookies. But opting out of some of these cookies may affect your browsing experience.
Necessary Always Enabled
Necessary cookies are absolutely essential for the website to function properly. This category only includes cookies that ensures basic functionalities and security features of the website. These cookies do not store any personal information.
Non-necessary
Any cookies that may not be particularly necessary for the website to function and is used specifically to collect user personal data via analytics, ads, other embedded contents are termed as non-necessary cookies. It is mandatory to procure user consent prior to running these cookies on your website.
SAVE & ACCEPT